The starting point was to deal with the question “why”, which is very often at the beginning of a production and at the same time posed by the viewer in front of the ‘finished’ object.

Art automatically raises the question of why (why does the artist) as a search for an explanation, a reason, or meaning. Often this why is a non-obvious, i. often explanations are sought in the biography of the artist, in context, etc. With this project a double strategy was tried – hide and uncover, the answer – why not – is inscribed in the artwork and at the same time becomes readable as a shadow. Why not certainly is NOT a valid answer to the question, it rather questions the justification and automation of the question itself. Does art always have to have a reason and ask questions, and does art have to provide an answer? Furthermore, one’s own handwriting as a personal “I” reference and as the trigger for a more complex geometric questioning was also very important. This geometric question is formulated in the intersection of the volumes described below, which is composed of a large number of freely shaped partial surfaces. This intersection is transformed into a kind of personal three-dimensional glyph by information compression in the faces. These two words were each projected onto two walls at right angles to each other. Starting from the outlines of the words, a shadow body was constructed to the light sources opposite the walls. The resulting two interpenetrating, cone-shaped bodies were combined with a so-called Boolean operation. This means that only the intersection of both volumes remain in the resulting object. This results in the effect that one and the same object illuminated by two different points the shadow “why not” as Schatten.Da the production process thus closes again, the answer should in my opinion be found in the resulting geometrically complex construct. 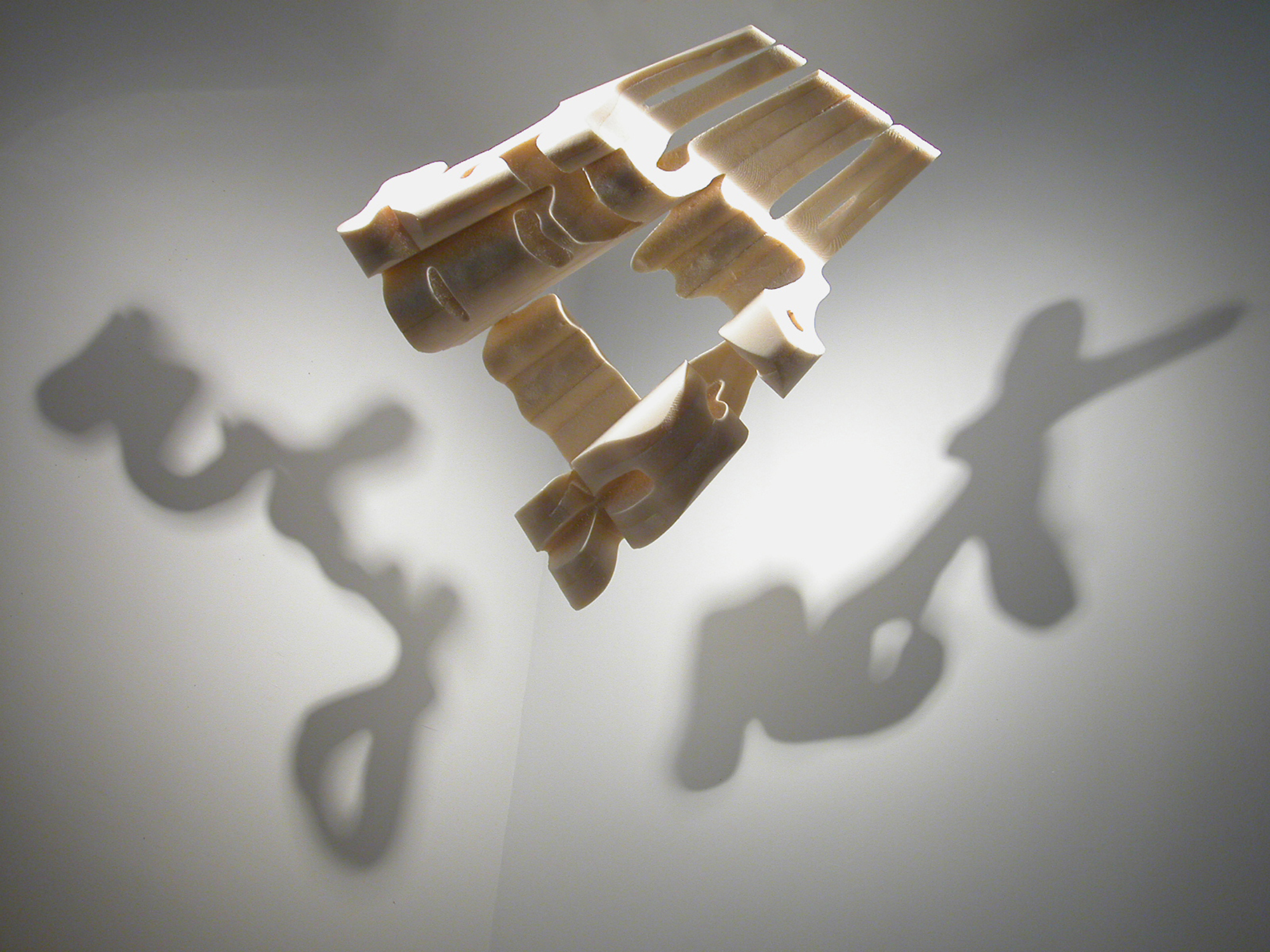 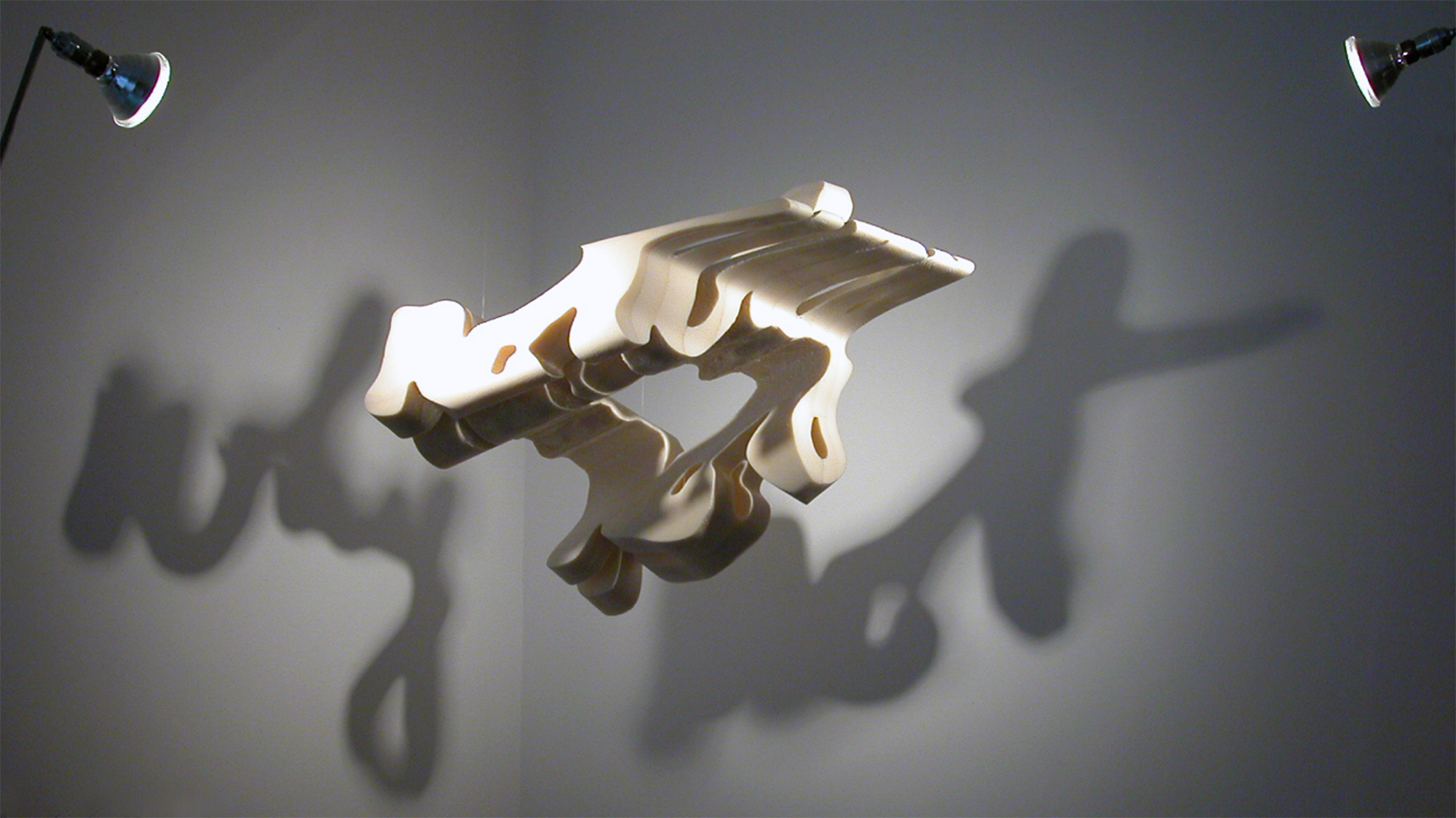 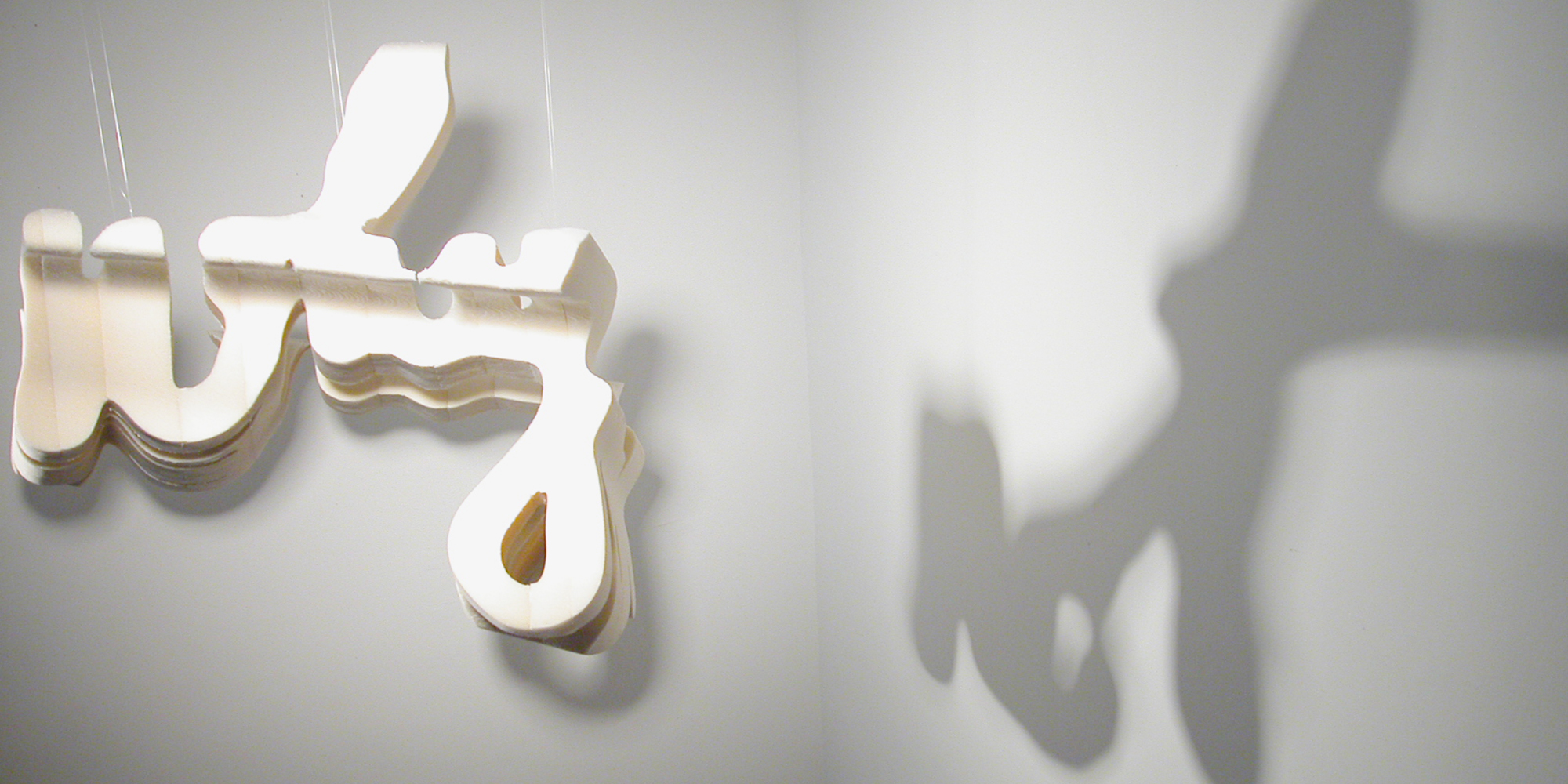 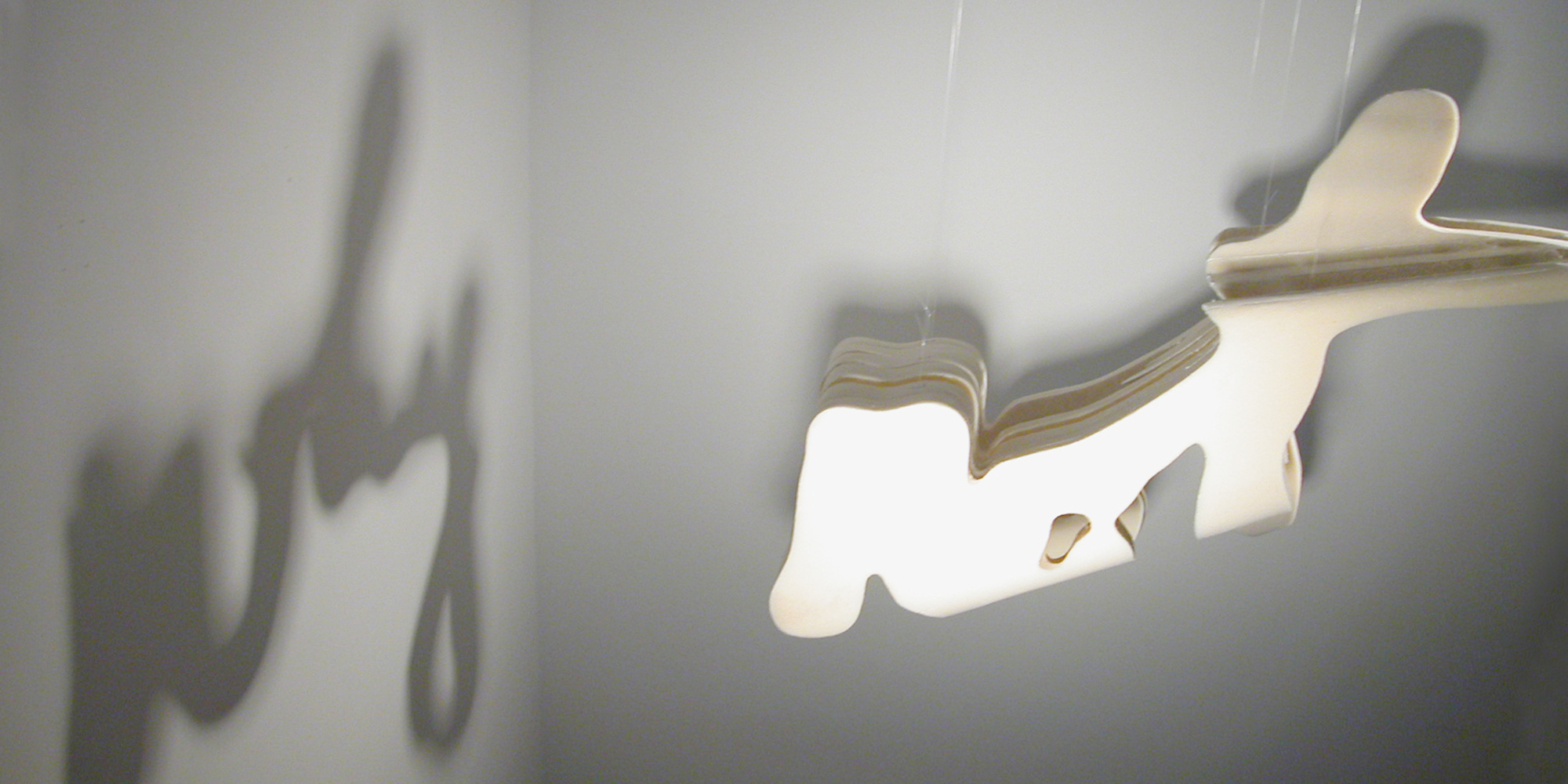 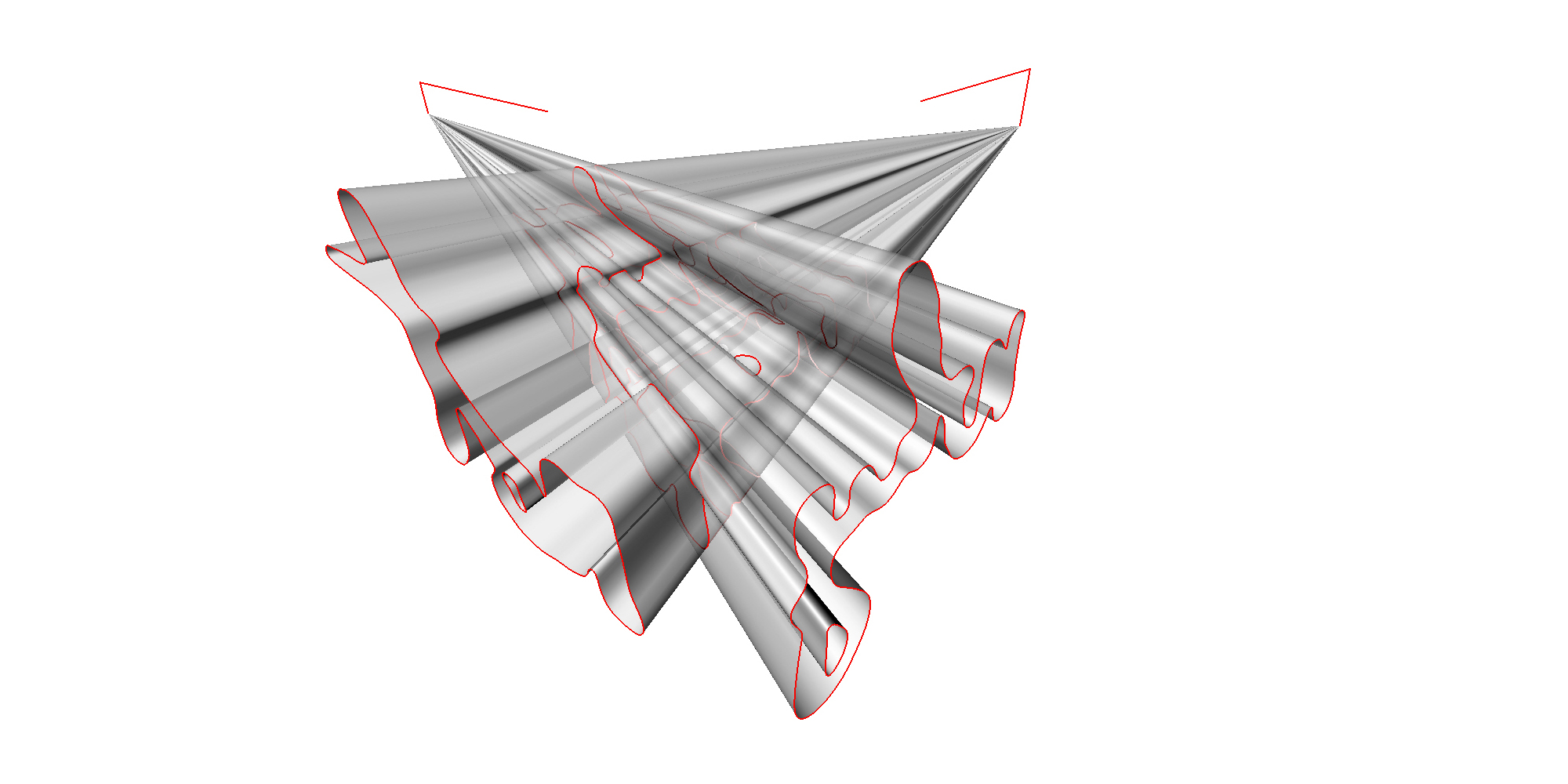 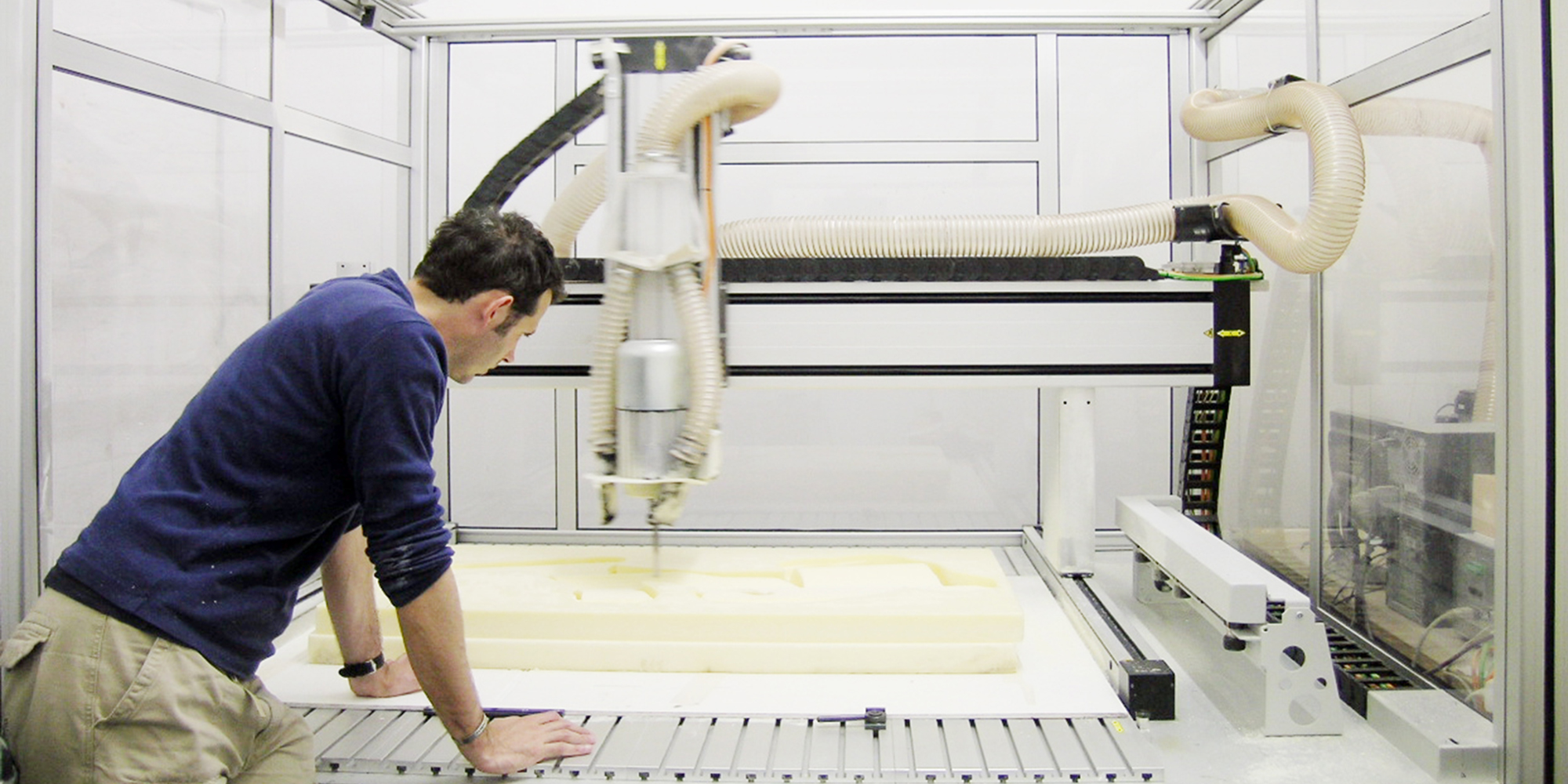 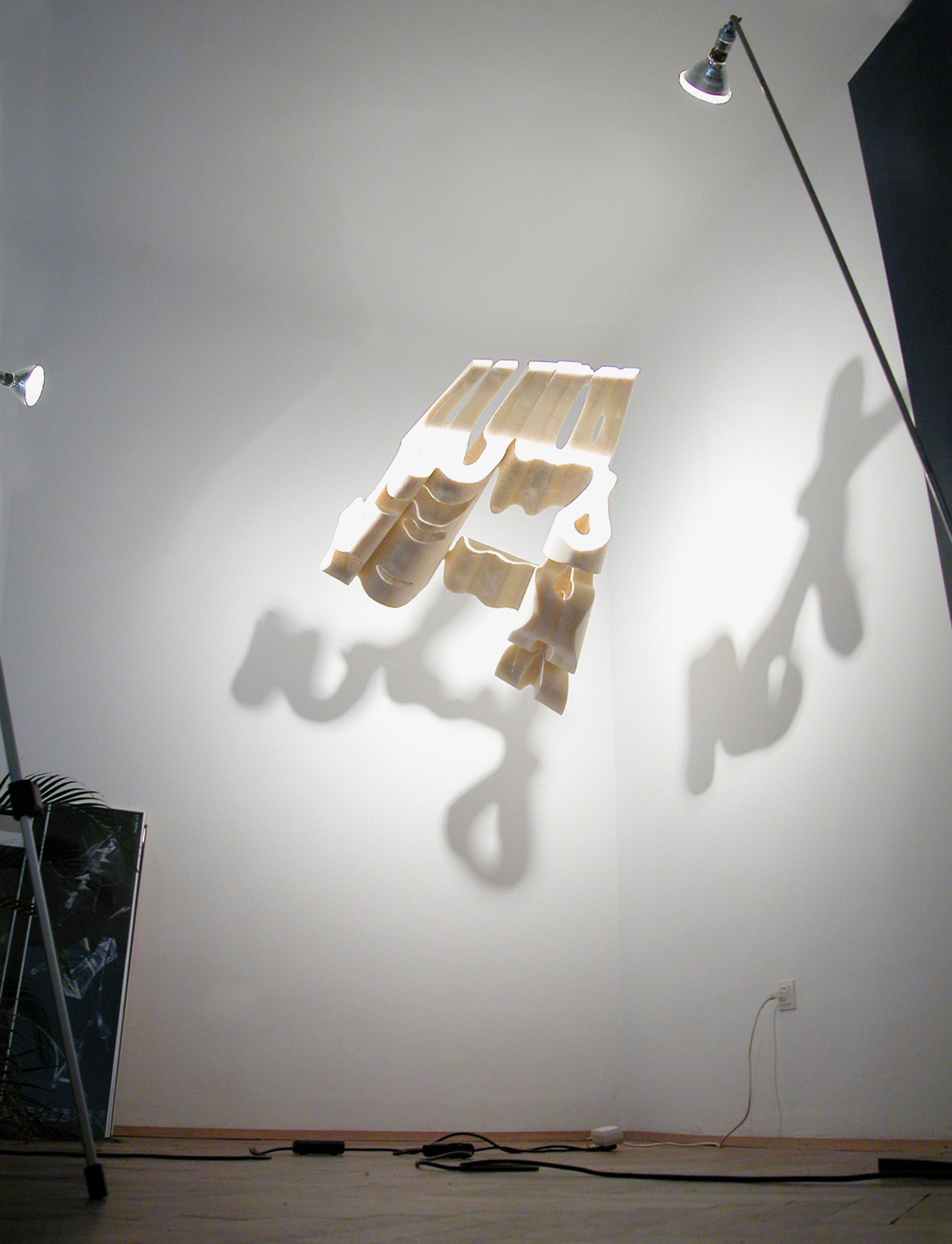