Wien Energie GmbH operates four waste incineration plants in Vienna, in which one third of the city’s district heating is produced in accordance with recognised environmental standards.
In the course of this expansion, an international design competition for the external appearance of the entire Simmeringer Haide facility and additionally as a blue print for future plants was invited.
We were able to win the 2nd place in this internationally invited competition.

Frequency and Dematerialization
Ideally, the appearance of a building should be related to its internal function. In buildings with standard use, this is a simple sometimes banal task, but in a technical system, such as that of a rotary kiln, “making the function visible” becomes a poetic task. The gradual dissolution of a material; Conversion of solids into energy. The narrative of our façade design tells of energy frequency and dematerialization. The design tries to make the value and functionality of the system visible to people. Away from pure functional construction to an aesthetic in which the mutability of matter is thematized.

The Effect
Since the system is mainly viewed from the passing vehicles, there is an additional dimension in the façade. The façade rarely appears static to the people looking at it, but in most cases dynamically moved. This movement around the building complex, with its different façade and construction grids, creates a moiré effect and thus creates a very lively presence.

The Sequin Structure
A lightweight, semi-transparent, shell generates a play with the building behind it. Due to its permeability, the façade creates different depths of view and thus a blurring of perception. With this superordinate structure, different parts of the building or projections and recesses of the system are clad. This saves a significant part of the barely visible areas.

The Openings
The frequency-like arrangement of the open areas allows a gradual transition between the open areas and the structure. The large arch-shaped openings provide an insight into the technical and constructive inner workings of the system.

Efficient use of Resources
During the design, special care was taken to ensure that the materials used are produced as efficiently as possible and with as little waste as possible. With the blended surfaces left over from the panes, the triangular, smaller elements are produced, which are intended for the barely visible surfaces.

Fire safety and additional accents
The aluminium composite material is chosen because of the exceptionally good fire protection qualification. The back of the elements can be provided with color accents, creating an indirect color radiance that naturally gives the structure its elegance. On request, the south-facing pane elements can also be equipped with integrated photovoltaic elements and thus additionally used as energy generation. 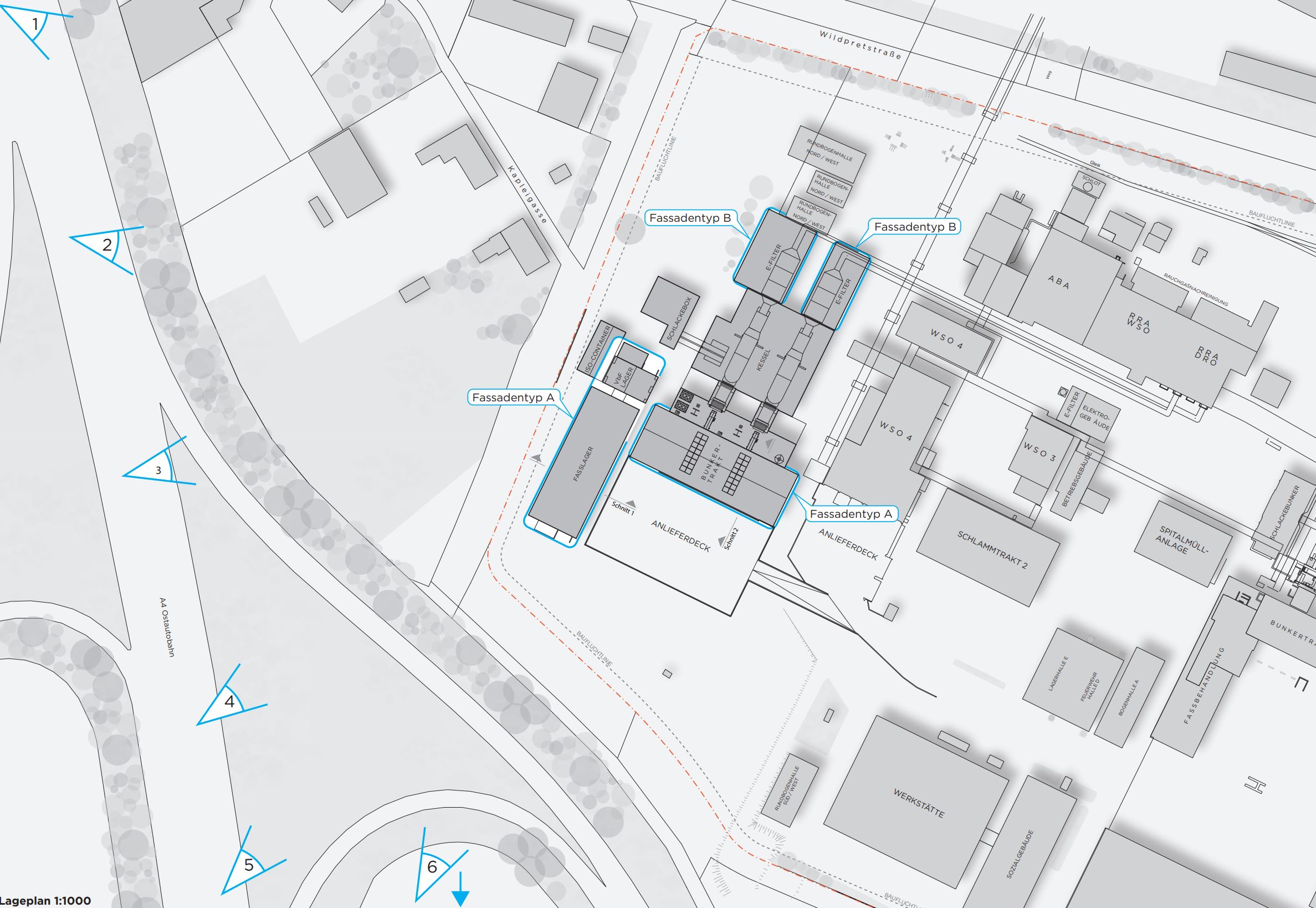 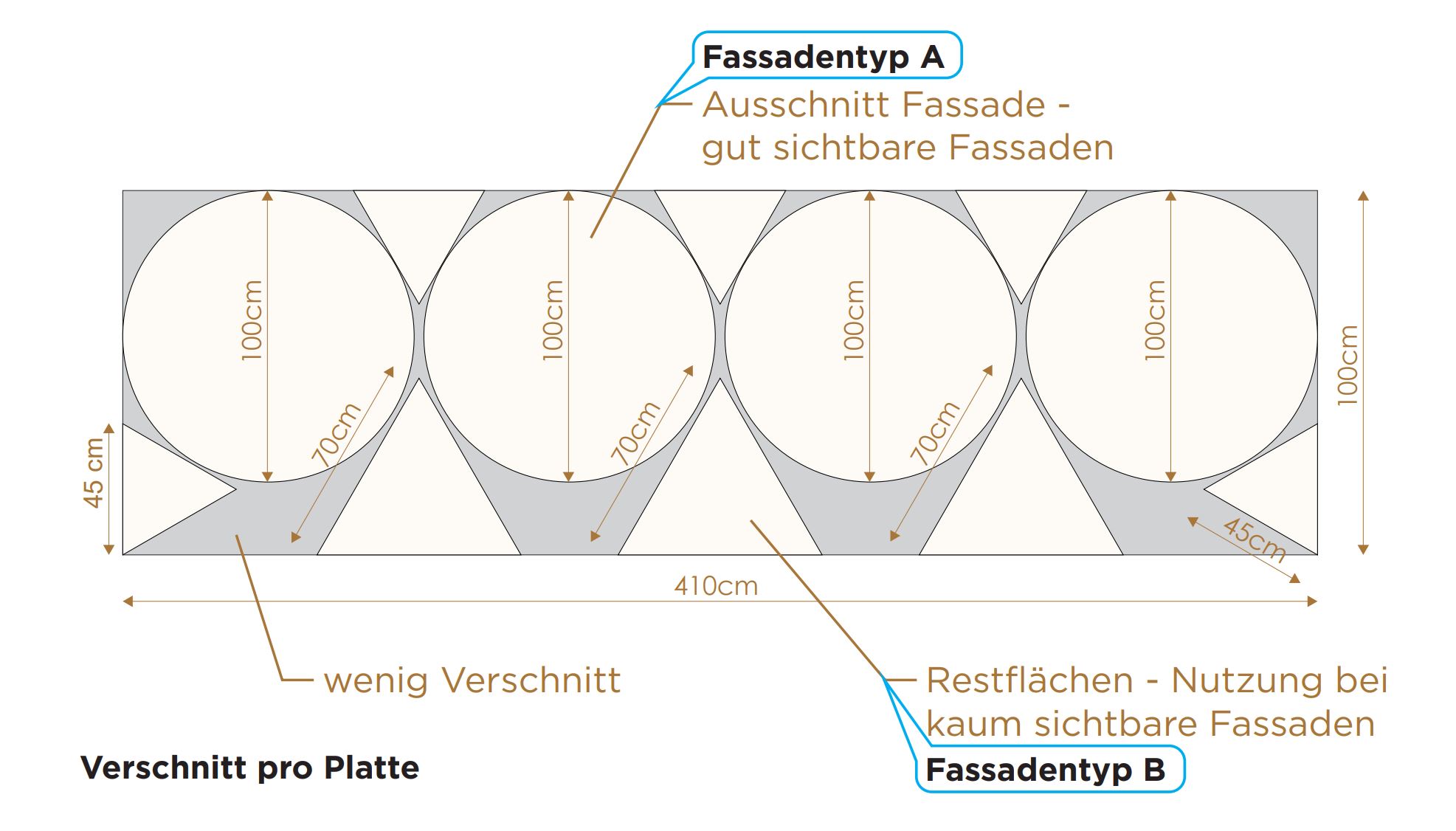 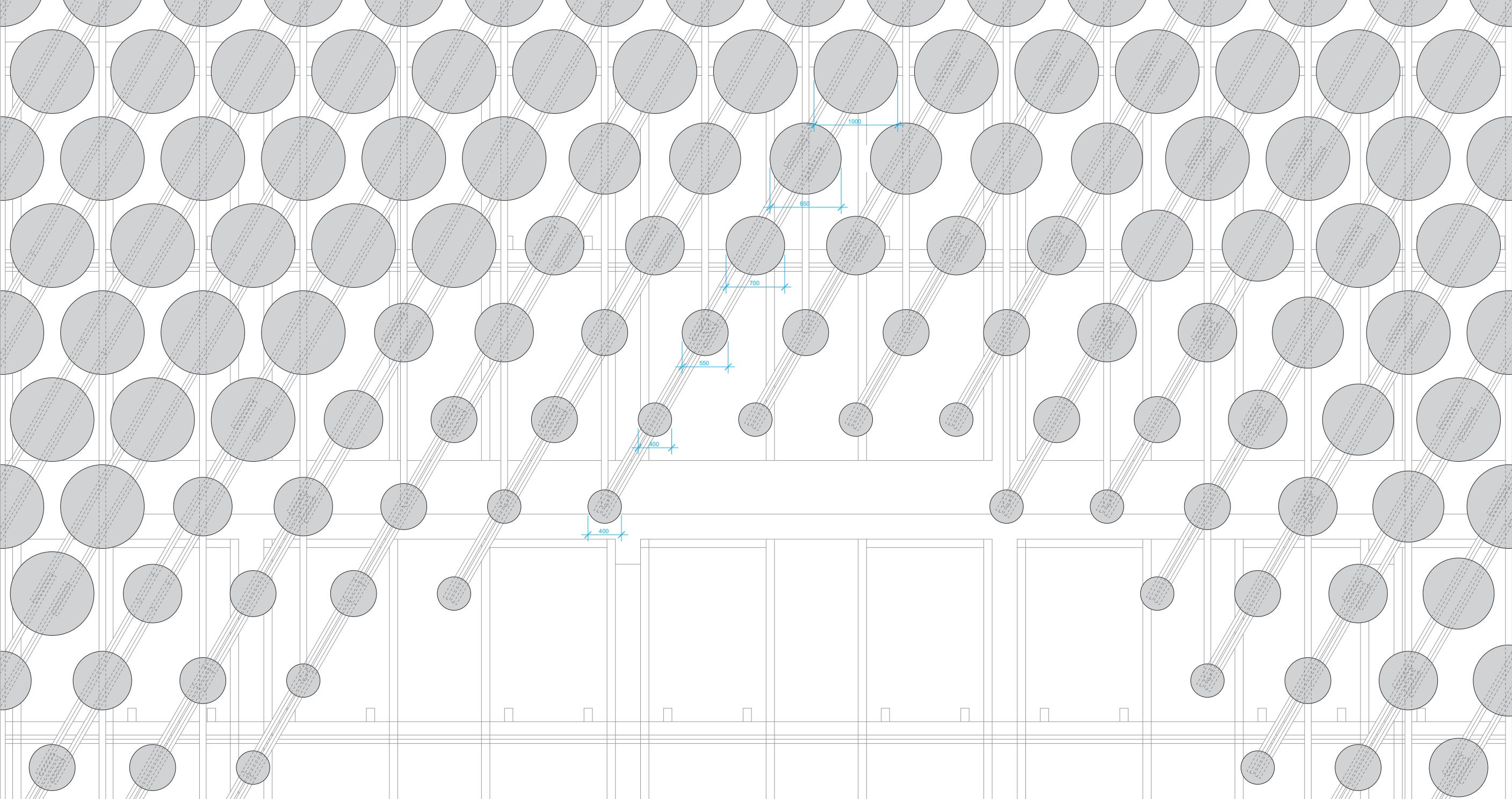 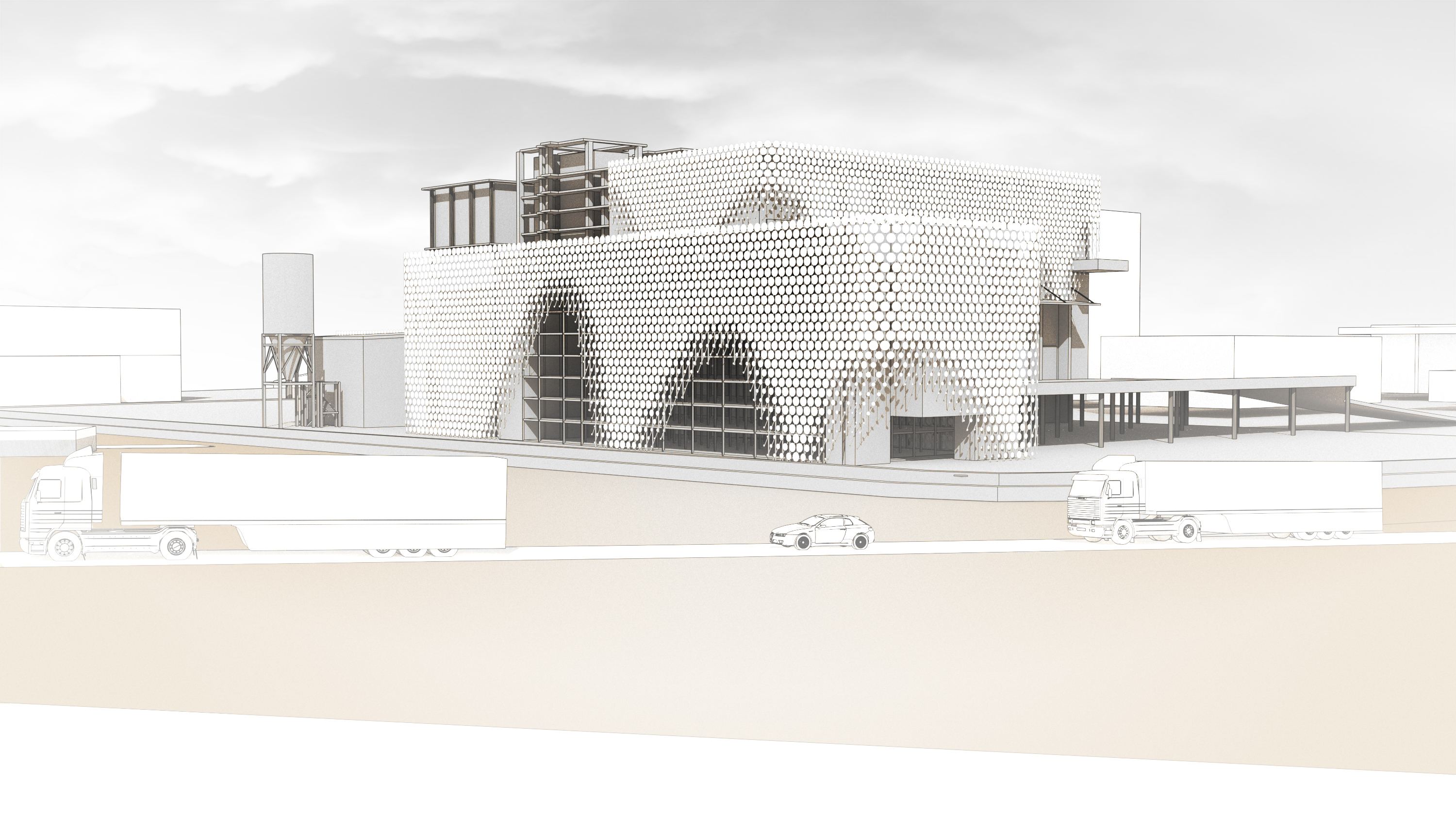